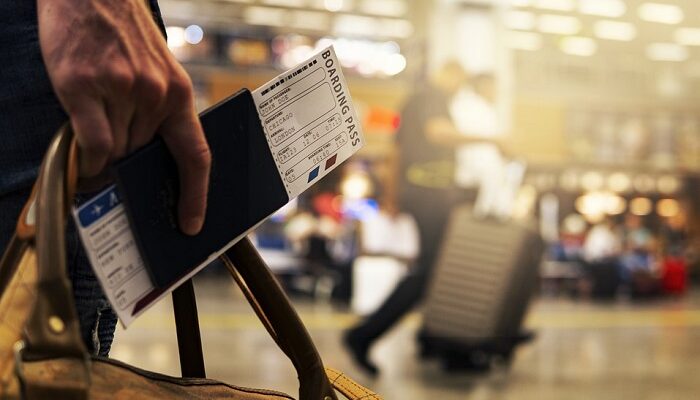 Suitcases or hand luggage is a very classic dream symbol.

Very often it is the “mental baggage” that we have with us from experiences throughout our lives, experiences that have marked us for better or for worse.

Dreams about carry-on luggage can symbolize the emotional baggage that you carry from your past to your current relationships.

It can represent the burdens, responsibilities, needs, and concerns that you carry with you that often interfere with your everyday life and relationships.

Although it can also suggest the need for a vacation or get away from real life situations for a while.

We talk about it in the same way that we colloquially say “him (or she) carries a lot of hand luggage”, which means that you have experienced some things that “weigh on him”.

In other words, we are talking about mental baggage again. Dreaming about the contents of your suitcases can represent your identity, who you are and who you portray to the world.

It can represent your belongings and, metaphorically, how / where you feel you belong in your professional or social circles.

Dreaming of packing a suitcase can suggest that you are preparing for some change or transition in life.

You may need or are anticipating taking a vacation. It can symbolize leaving the past behind or putting it in “storage” so that you can’t or don’t keep thinking about it.

Dreaming of unpacking your hand luggage can symbolize reaching a destination: where you belong. 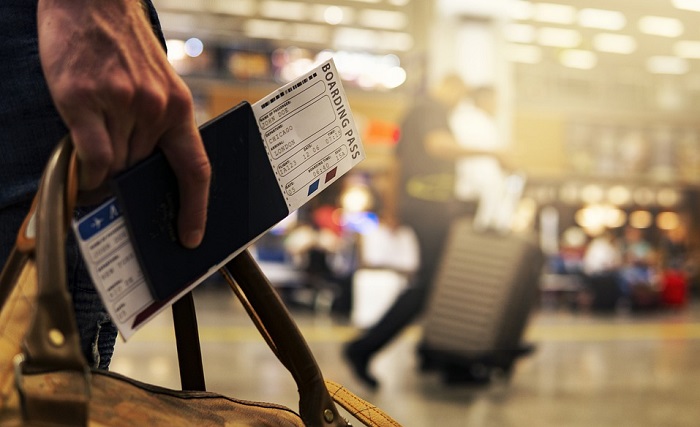 You may have reached a goal or experienced a change within yourself or in some aspect of life and you are ready to settle down.

A dream about losing your hand luggage can symbolize a loss of personal identity or belonging.

You may feel lost or, conversely, you may be ready for change and ready to redefine or “find yourself.”

For example, you dream that you find it difficult to go on a trip, because you have an unrealistically large amount of heavy carry-on luggage to carry with you.

If you dream this, then you must ask yourself how your own mental baggage slows you down in your personal development. You may also dream that you are late for a ferry, train, etc. This is why you cannot pick up or just carry all your luggage.

The meaning is often the same: the story of your personal life and the experiences you have had, prevents your personal development, and the dream is a clue that there is some “baggage” with which to start working.

On the contrary, you can dream that you leave your hand luggage somewhere before going on a trip.

That can cause difficulties for you (it is difficult to let go of the mental baggage of others, and occasionally we even find comfort and “safety” in what we know / the baggage we know, no matter how harmful it is) or it can be cleared to leave your luggage.

This last interpretation is about how clear you are about saying goodbye to what you have had with you in perhaps many years, so that you can continue in your life without this baggage.

You can also dream that you are frantically trying to pack something in a suitcase, which you then want to store in a closed / closed room in a basement, etc.

That may be an image of the fact that you are trying to put some of his (physical) baggage, which may be an appropriate and inappropriate strategy.

Perhaps the most important question in this context is: Does the case have castors or wheels? This seemingly mundane question is of great importance.

Packing the suitcase for a trip is mostly interpreted as a very positive dream symbol. The dreaming prepares himself actively for the trip and since you usually pack your suitcase not months in advance, but very shortly before the start of the trip, this is also a symbol of departure.

However, the suitcase should be packed quite neatly. A badly packed suitcase indicates bad preparation. The dreaming is either not yet ready for the journey or should approach everything with calmer and less hectic.

Often time’s suitcases appear in dreams that are obviously not about a trip. In such dreams, the meaning of the dream symbol suitcase changes. The case is used differently. It is a repository, a storage space.

Most people also use their suitcases when they are not traveling. Since suitcases are too unwieldy for everyday use, they are mostly used for storage, e.g. for clothes. In summer you don’t need thick jackets and sweaters.

So the winter clothes are stowed in the suitcase, which is then parked on the closet or under the bed. This gives you a lot of space in your wardrobe and if it should suddenly get cold, you can quickly get something warm out of the suitcase.

What is important in dream interpretation is what is outsourced to the suitcase. The objects are themselves dream symbols that represent something.

Of course, it makes a difference whether you put 50 packs of pasta in your suitcase or mothball your shoes and socks. Things are only temporarily stowed in a suitcase. They are not disposed of, but stored or hidden.

The packed objects provide important information what the dreaming stowed symbolically. In most cases it concerns problems, burdens or character traits of the dreaming.

For example, if a woman puts her lingerie in her suitcase, it is likely that she has problems with her love life or sexuality.

She probably doesn’t feel like putting on sexy lingerie right now or has no reason to wear it.

Since she stows things away instead of throwing them away, she hasn’t given up hope that this can change again.

Things can also indicate mental problems. Possibly they refer to a traumatic experience which the dreaming thinks to have overcome. He weighs himself in a deceptive security.

Most of the time things are stowed in suitcases that we think can be used again later. Now, a traumatic experience is certainly not something that you want to unpack again later.

Rather, it belongs to the category of things that cannot be separated from. Everyone has such things. You have no use for it and you don’t want to have it standing around in your apartment.

But you still don’t have the heart to throw away the item or sell it. So you put it in a suitcase, a safe place where it doesn’t disturb and can’t get lost.

In the case of trauma, the dream indicates that it is only felt to be overcome. Suppose someone causes a bad car accident. He survived, but has had nightmares ever since. He just can’t get the images of his wife stuck in the wreckage covered in blood and breathing her last breath out of his head. He wakes up drenched in sweat at night and driving a vehicle has been a red rag for him since then.

But life has to go on somehow. He realizes that he needs help and goes into therapy. This is successful.

Over time, the nightmares disappear and he dares to drive a car again. He dreams how he packs the dress that his wife wore during the accident into a suitcase.

For him this is a symbol of having overcome the experience so that he can finally continue to live “freely”.

has nothing to do with the accident and has been spared the sight of a bloody corpse, there is a relatively high probability that the trauma that was believed to have been overcome will burst open again and the nightmares will come back.

Such dreams can also indicate interpersonal problems. Maybe he’s more of the spontaneous type. His wife, on the other hand, is the exact opposite, everything must be planned down to the last detail and the plan must not be deviated from.

Whenever he spontaneously changes his mind, the dear dove turns into a threatening dragon. Since he always strives for peace, he sticks to the plans and stows his spontaneity in the suitcase.

The dream is to be understood as a warning. It is not healthy to have to suppress your own personality traits.

So the dream asks the dreaming to seek the dialogue with his wife in order to negotiate a compromise.

If someone stows personal items in the dreamed suitcase, this can indicate an internal imbalance. He packs things in that belong to him and that are important to him. He symbolically moths parts of himself that he currently does not need or cannot live out. It can just as well be a question of character traits which he actively suppresses.

Maybe he’s a funny, chummy person in his private life. In his job as a judicial officer or prison guard, however, such characteristics are rather inappropriate.

As a result, he has to suppress that part of himself, at least during work hours.