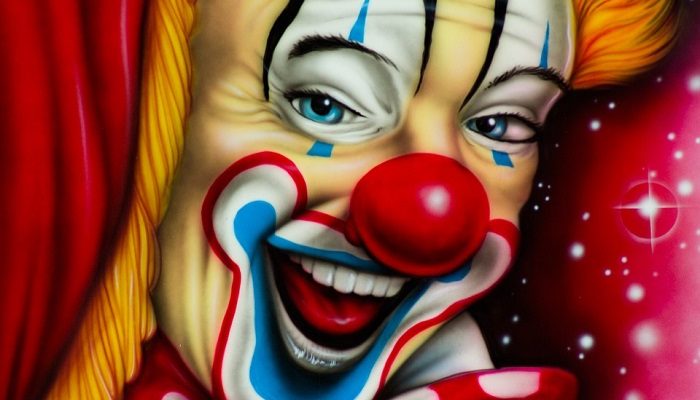 Dreaming of clowns brings thoughts to childhood memories and to the funny figures of the circus with a painted face, with oversized hats, dresses and shoes that caused laughter in their clumsiness.

Figures that unfortunately today recall unpleasant news stories and terrifying tales in which the tender and clumsy clown turned into a scarecrow, a sort of modern babau. Think of “It”, the very famous novel by Stephen King in which the clown is the representation of absolute evil and the phenomenon of people dressed as clowns lurking in the dark with knives or sticks and pouncing on passers-by.

A phenomenon recorded by the media and the internet that has spread by emulation between young people and misfits and whose causes we will not explore in this area.

Here we are interested only in the transformation that the symbol of the clown has undergone over the years and the influence of this transformation in the collective fantasies and dreams of the common man.

In fact most of the clowns that appear in modern man’s dreams are perceived as a danger in the same way as thieves and murderers: evil clowns, clowns who follow the dreamer, clowns who want to kill in the modern collective unconscious there seems to be no trace left of the playful clown, tender and clumsy.

One wonders why. When and why this fracture was created in the symbol of the clown or jester in dreams. A symbol that embodied the antithesis of the King and the powerful with his irreverent qualities.

A symbol of parody and criticism of power that expressed itself with a liberating laugh. A symbol that today seems to represent only fear, unknown, camouflaged violence.

The symbolism of clowns and clowns in dreams is therefore affected by this fracture between the original intent of the clown (to entertain, to make people laugh, to make the spectator feel “superior”) and the restlessness that often causes his appearance and the painted face that emerges from the dark.

And it is perhaps this gap between the ridiculous and colored mask with which the clown appears and the unusual context and the incoherent actions (sudden ambushes), to determine its terrifying power.

Even in the past, the image of the clown was often controversial and associated with something negative: the most famous clowns of the past centuries had a dark aura, problematic if not even malevolent (here an article on this theme). If the derided and humiliated jester could harbor furious hatreds (even here the gap between appearance and what lies behind) the clumsy and harmless clown can become a threat and a nightmare.

And it is the theme of the mask that covers and hides to explain in part the restlessness, the mistrust or the real phobia caused by clowns (coulrophobia). 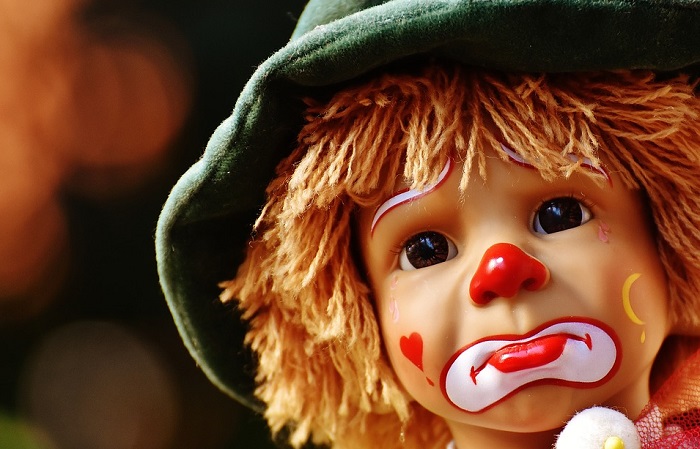 Here again is the gap between appearance and what it hides, the fixity of the exaggerated mask of the clown that does not allow understanding the emotions that move it and that, perhaps for this reason, are perceived as exaggerated and opposed. Cheerfulness turns into sadness and misfortune, tenderness into hatred and malice, and awkward movements in premeditation.

When we think about the meaning of clown dreams the mask of the clown is also important, a true identity card of the character, it will be connected to the primary selves of the dreamer’s personality, to what each one puts in place (even ridiculous or perpetually hilarious) to protect his own vulnerability.

But in the meaning of the clowns in dreams it is to be kept in mind, besides the dramatic, sad and painful energies also the joy, the imitation, the parody, the stupidity used as an alibi.

Think of the verbal expression: “Making the clown” which indicates a person with silly or ridiculous attitudes and who uses the tool of rice to get the attention of others or to dilute the tension.

Dreaming of clowns can then indicate everything that is contrary to the rules of seriousness, officially, authority, appearance and that, through irreverence, tramples and mocks the rules and values recognized by the adult world. Or it may indicate the dreamer’s sense of inferiority, the fear of “being a clown” for others, of having no credibility in his own social context.

In other dreams the clown simply indicates the need to know how to smile at the most prosaic and normal reality, the ability to find a reason for lightness, joy and fun, to know how to laugh even themselves and their defects.

Dreaming of a bad clown – are images that are affected by films, stories or news stories in which the clown has this disquieting, malevolent and ambiguous role and which bring to the surface the dreamer’s anxieties, but also psychic aspects linked to the “shadow”: aggressiveness and violence concealed under a buffoon appearance.

The dreamer will have to ask himself if he is this evil clown, if he has a tendency to show a sarcastic and clumsy part of himself while harboring negative feelings towards others.

Dreaming of clown assassins – as above mentioned, the meaning of these images is the result of both the suggestion produced by the films and the stories, and the fears that derive from them, which perhaps arise from a striking contrast between the good-natured role of the clown and the wickedness of the killer. They are antithetical energies that reflect equally conflicting feelings in the dreamer.

Dreaming of a clown chasing you – it means being chased (in a metaphorical sense) by a part of himself that can be frightening or intriguing and fun. The dreamer probably needs to confront himself with the characteristics of this clown, the need to reflect on what belongs to him and which must be integrated.

For example: a clown who pursues you in dreams may have the function of invoking greater lightness, the need to take life with more humor and simplicity or, on the contrary, may represent a hidden pain that the dreamer tends to escape or emotions of anger and hatred that have long been suppressed.

Dreaming of a clown who wants to kill me – has similar meanings to the previous images, but here the request of the unconscious is clearer: there is need for a drastic change. The clown who kills in dreams is an aspect of himself tied to repressed aggression and which comes into conflict with parts of the dreamer that are more “normal”, peaceful, and accommodating.

It is a dream that must be treated as a nightmare, therefore it can reveal much more with a work of actualization and with a guided return to the dream. In some dreams it may represent the “inner clown” that conditions the credibility and popularity of the dreamer in his social group.

Dreaming of being a clown – identification with the clown in dreams is a clear symbol of a need or excess. The dreamer will have to ask himself if the lightness and joy of the clown could help him to defuse a situation he is experiencing or if he is subjected to uncontrolled and embarrassing “clownish” excesses.

The same image can indicate the tendency to “make the clown” to make oneself ridiculous to reach some purpose or to hide one’s true feelings.

Dreaming of killing a clown – it means trying to eliminate (repress) a part of the self that has the characteristics of a clown (positive or negative) or see and detest these characteristics in a neighbor.

Dream about a woman clown – being a woman and dreaming of a female clown can bring to light the tendency to hide one’s seductive power under an ambiguous and ridiculous appearance, while for a man it can indicate a funny, tender, defenseless or ridiculous person.

Dreaming of the jester – represents the antithesis of power and authority, both of these characters are the expression of a need for transgression that lies beneath the ashes.

With these premises it is evident that the sensations of the dreamer and what he thinks of the clowns will have great influence on the meaning of the dreams in which they occur.

But it is equally clear that clowns, clowns and jesters in dreams that have a negative and malevolent role will be associated with disowned energies. Renegade selves of the dreamer who assuming this form are very likely to be remembered and to reflect on the dream. I’d like to find beautiful and happy dreams in which the old circus clown appears. 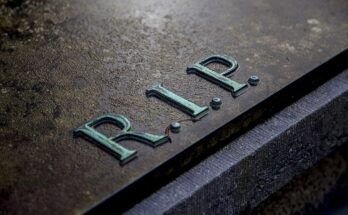 Spiritual Meaning of Grave in a Dream 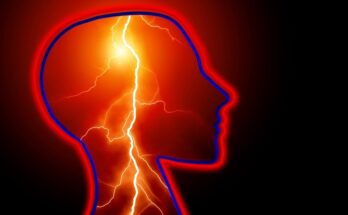 Dream of Having a Stroke – Meaning and Symbolism 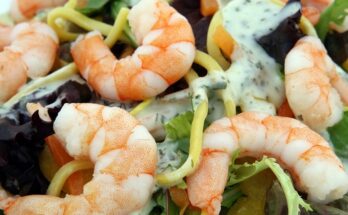