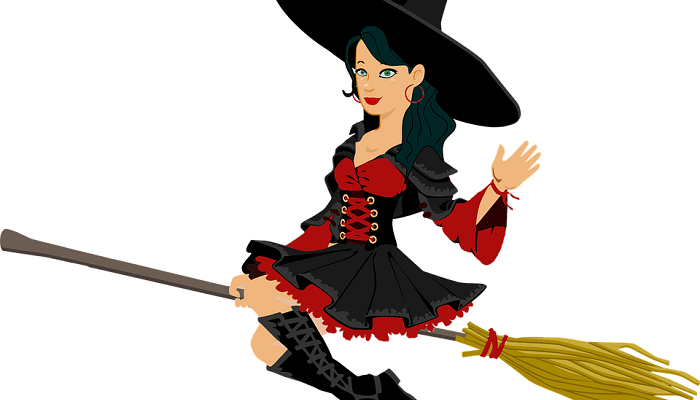 If you ever saw a witch in a dream, you probably immediately thought it is a bad omen. They usually look scary and basically represent the evil work of the Devil on Earth.

Witches are often an essential part of children’s stories and fairy tales, and they are always evil. There are also white witches; they practice so-called white magic; they are healers and are determined to help people.

Witches were even mentioned in the Old Testament, in the story of King Saul. He asked a witch to invoke the dead prophet Samuel’s spirit, hoping he’ll help him win the battle with the Philistine army. Samuel prophesied King Saul’s death and the death of his sons. This really happened, and King Saul took his own life after his sons were killed in a battle.

A terrible witch hunt happened in Europe in the middle ages. It was a hysteric time, and many innocent women were killed after being accused of practicing witchcraft. They were tortured, burnt at stake, or hanged.

Trials of the witches of Salem, Massachusetts, was the most famous one. It happened in 1692; more than 150 women were accused of witchcraft in mass hysteria.

Nowadays, there is even a religion called Wicca. Wiccans believe in harming no one and avoiding all evil and negativity. Usually, they live peaceful lives in harmony with nature. They often cast spells and incantations.

Those are typically directed towards a person that is doing harm to others. Wicca is actually one of the official religions in the United States.

Witches are usually considered an ominous symbol in a dream because of their history and prejudices around them. They symbolize evil, destruction, but sometimes, creation too. Witches in dreams signify spiritual powers that are used to do both evil and good.

For African people who live in Nyakyasa in the 1930s, witches appeared in their dreams to bring them harm. Those people also saw birds as a representation of souls rather than people.

Dreams with witches often represent someone sinister from your surroundings, and that person is usually a woman. 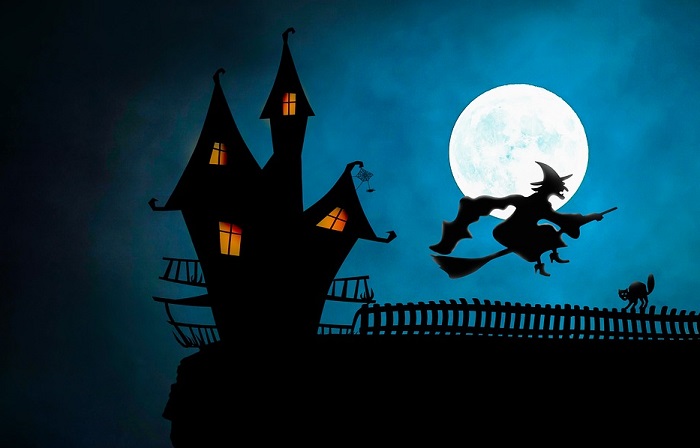 Sometimes they symbolize a terrible, even disgusting person you often encounter in your waking life. Sometimes a witch in a dream signifies your own behavior and attitude; it’s your subconscious way of making you pay attention to it.

Sometimes a witch in a dream appears to reveal that you might have psychic abilities but don’t know how to use them.

These dreams can also indicate you confronting your fears or facing some disappointments in the near future.

When you think of a witch, what do you feel? She may stand for either good or evil creation, depending on your own personal experiences and feelings. You should think about the type of witch you saw in your dream, your emotions, the kind of witchcraft, and the context of a dream. Those are all factors that could help you decipher and interpret the dream.

A dream about seeing a witch or several witches

On the other hand, witches in dreams represent good fortune and luck in the upcoming period. You can expect better results at work, your studies, or projects than you expected.

This dream could also make you realize that you shouldn’t rely on others but yourself. Everyone’s experiences and opinions are different.

If you saw than one witch in your dream, you should take it as a bad sign. You should expect some problems at home or at work, or even financial difficulties. Sometimes seeing a witch in a dream indicates involvement in a scandal.

Dreaming of being a witch

If you’ve dreamt about practicing witchcraft, I bet it was an exciting experience. But, that can hold either excellent and bad symbolic. If you dreamt about being a witch, such a dream could reveal you having hidden psychic abilities.

But, sometimes, this dream indicates that you will receive bad news soon. It also signifies some inner changes and transformations of your inner self. Sometimes this dream is telling you that you have the desire to change and become a different person.

This dream can also be interpreted as a sign of a conflict with someone close to you. It could indicate your rough approach to certain people in your life. They will, after that, learn to respect you more. This could be a sign that you need to set your boundaries.

A dream about witch-hunting

If you were hunting witches in your dream or witnessed a witch trial, this is not a good sign.

This dream signifies that you have suspicions of some people possibly sabotaging you. It indicates that those suspicions might not be grounded on facts.

Be careful, don’t accuse people if they didn’t really deserve it.

A dream about being chased by a witch

This is usually a bad sign because this dream represents a quite arrogant woman in your surroundings that you cannot stand. She is maybe your boss or some other woman that you feel you cannot get off your back.

Dreaming about a witch performing rituals

Suppose you witnessed a witch performing witchcraft in your dream. In that case, that is an indication of your insecurity and lack of faith in your own power.

Sometimes this dream symbolizes asking for help from influential people in your surroundings.

A dream about your wife being a witch

Wife as a witch in a dream? Ugh, unpleasant scenario. This dream usually indicates that there is someone close trying to prevent you from achieving your goals.

Seeing a witch on a broom

If you saw a witch on a broom in your dream, you should be prepared for some bad news. There could be changes in your career that won’t be good for you or even a new job. But, that does not have to be bad.

If you only saw a witch’s broomstick, this represents your wish to remove yourself from a specific situation. Sometimes this dream indicates your want to achieve some goals faster.

Dreaming of killing a witch

This dream is a symbol of fighting for what you want. It is an indication that you are a competent person, and you can find ways to achieve what you desire.

It means that you are a fighter, although you don’t always act like it. Everyone that knows you know about your firm and capable character.

Seeing a witch or witches making a magical potion

If you observed this action in your dream, consider it a good sign. If you are having some health problems, this dream indicates you’re going to get better soon. Sometimes it’s a symbol of ending a difficult period of your life.

Suppose several witches are cooking a magic potion. In that case, this could be a sign that you are gonna use your creativity to make something exceptional.

A dream about a flying witch

This dream is a good sign because it usually represents your ability to overcome obstacles on your path. If you are experiencing some troubles, those will be over soon.

Dreaming about a tiny witch

The appearance of a small witch in a dream indicates that you might be exaggerating your problems. Those troubles are not as big as they seem to you and can be easily solved.

A dream about a dead witch

This dream is a good sign; it signifies your ability to deal with problems and obstacles, or your enemies and rivals.

Being attacked by a with or several witches

This is an unpleasant one, and it is not a good sign. If you dreamed about witches’ attack, it is a symbol of sudden financial problems you might soon encounter.

A dream about a witch crying

A witch crying in your dream is a sign that you will achieve what you want. More so, you will get to a goal everyone thought was impossible for you to achieve.

The appearance of a wise witch in a dream

An old, wise witch ina dream is usually a good sign; it indicates you can win your inner battles or your enemies.

Such a dream is often a bad sign. A witch laughing could indicate that you will receive some bad news soon. Sometimes it’s a warning that someone is trying to harm you in some way.

There is another lousy symbol about this dream; sometimes, it indicates evil spirits in your presence or a person making fun of you.

A dream about a good witch

A friendly witch in a good mood is a good sign in a dram. It indicates social events that you’ll be attending, which will be many.

Dreaming about a witch giving you a potion

If you are a woman and you dreamt about a witch giving you a potion, this is an indication that you will soon meet a man who will like you very much. But, you won’t like him back, and you’ll do anything to avoid this person.

If you dreamt about a witch giving you an apple, but you haven’t read or seen Snowwhite the night before, consider it a warning. This dream doesn’t happen very often, but when it does, it usually indicates that someone will try to deceive you.

It is probably a person with hidden intentions, but with a kind and sweet look. At least at first glance. This person will help you first, but then she will take back the promise they gave you. Don’t let anybody take advantage of you.

A dream about blood used in a ritual

If you saw blood witches used for their rituals, it is a good sign. This dream indicates transformations you’ll go through soon. It will probably be a transformation of your passion and life energy. Those can be used for either good or bad.

Dreaming about a witch’s crystal ball

This is a sign that you are feeling uncertain about your future.

Dream about wearing a witch costume

If it’s not Halloween, this dream also has a hidden meaning. Sorry to tell you, but this dream is not a good sign because it is possibly indicating your hidden desire to manipulate people around you.

Someone you know is a witch

A person you know in your dream appeared as a witch? This is your subconscious warning you about that person’s true intentions. It’s like you feel something is odd about them, but you can’t pinpoint what it is.

You should be careful around this person, and keep things ti yourself because they could use some information against you. Pay extra attention.

A witch in the distance

It’s undoubtedly not pleasant seeing a witch in a dream, whether it’s up close or in the distance. If the witch in your dream was standing in the distance, it represents something terrible that could happen to you in the near future.

If someone gives you an unusual or suspicious business proposal, you should be very careful. This could lead to damage and a serious financial crisis.

A witch standing in front of you

This dream signifies problems troubling in your waking life. It’s possible you feel pressured by someone.

Take this dream as a warning that you should pay more attention to your issues. Your focus should be on resolving them, or else the pressure simply won’t go away.

A dream about a coven

If you saw three witches in a dream, you will probably encounter some home or work problems. People who are close to you will cause them, and it could lead to a scandal. Something you say could be misinterpreted.

A witch talking to you

Listen very carefully to what the witch is saying because there could be some valuable information in it for you.

If you had trouble hearing what she said, you should expect some shocking news very soon. That doesn’t mean they will necessarily be wrong. It may be something that you never thought was possible.