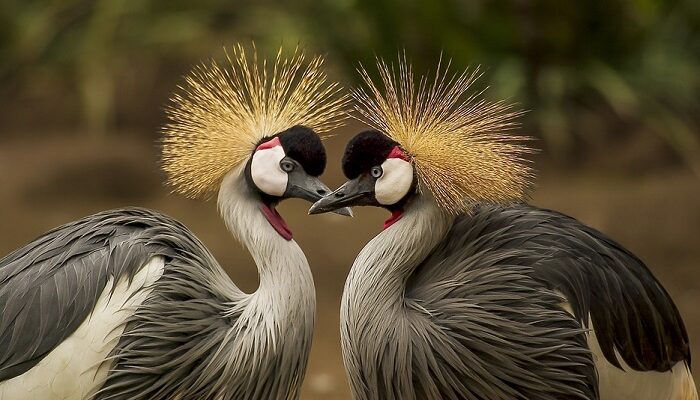 Interpretation of time, yield, fertility or happiness based on birds has been present in the Serbian people since ancient times.

It was important where the silk nests were, how high they flew or how often they appeared.

According to popular belief, it could determine whether something good or evil would happen, or time would simply change. Birds could scare the devil, bring a good birth or announce death.

For the ancient Greeks, the eagle was associated with the supreme god, Zeus. They believed he was sitting next to Zeus or on his scepter holding lightning in his claws and thus ready to wait for God’s command.

Caesar in his Records of the Civil War testifies to the importance of the eagle as a symbol.

Namely, in the battle against Pompey, the eagle-bearer from Caesar’s army was severely wounded and, losing consciousness, turned to his fellow horsemen who surrounded him, saying: I have faithfully defended my eagle for so many years, and now dying with the same fidelity I return it to Caesar!

Do not allow, I beg you, for this never happened in Caesar’s army, to be ashamed! Take him the whole eagle! The Persians considered the eagle a symbol of victory. Their beliefs also say that the eagle brings new souls to the earthly world, and the souls of those going to the underworld.

In ancient Rome he represented the supreme god Jupiter and was also depicted holding lightning in his claws. It was on the main flag of the Empire and on top of a special spear carried by a legionary of eagle-bearers.

Plutarch and Suetonius tell us how the ancient Romans said goodbye to their emperors. The deceased emperor would be taken to the field of Mars decorated with all the decorations and symbols of imperial power, where he would be placed on pyramidal arranged logs.

Valuable jewelry and other valuables were then thrown into the burning fire, and when the fire began to spread, an eagle would be released from the cage, thus evoking the ascent of the emperor’s soul to God.

According to the ancient traditions of the North American Indians, the bearer of knowledge was the great Eagle of Wisdom. 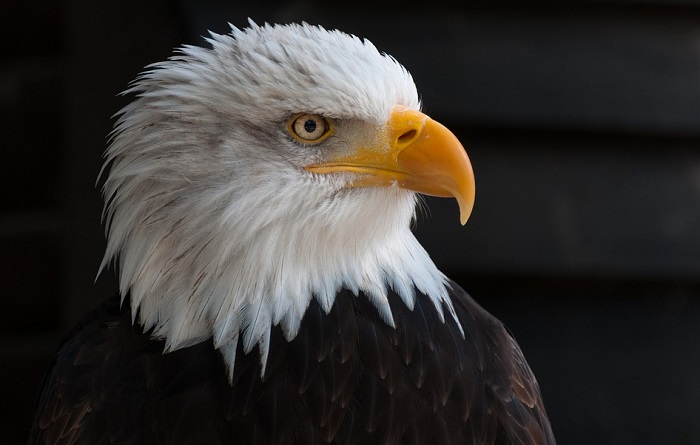 Tradition says that he transmitted knowledge, but only to those people who were pure and brave-hearted and strong enough that a calm spirit could look him in the face.

Examples of such people were shamans. Records of them reveal how important the eagle was in healing rites.

The shamans of the Paviotso people used healing with a staff with an eagle feather. Celtic priests, druids, worshiped the eagle as a symbol of the Almighty observing the world from higher spiritual levels.

The Aztecs associated the eagle with the banner given to the sages by their chief god as they sought out their new homeland as an unknown people. After hard years of wandering, they finally saw the sign on a stone island – a white eagle defeating a snake on a nocturnal cactus.

The nopal cactus with its red fruits in the shape of a heart is a symbol of a true human center in which the only possible encounter of the celestial forces represented by an eagle with the earthly forces symbolized by the serpent.

Symbolic depictions of the eagle are common in both biblical texts and medieval art. The eagle is also mentioned in the Psalms where it is compared to the phoenix bird as a symbol of spiritual rebirth. According to Christian mystics, John the Evangelist is compared to an eagle because he could recognize the source of good in man with his sharp eyesight.

During the Crusades, European kings and knights wore a single-headed or double-headed eagle on their shields as a symbol of their power, and it is believed to have been adopted through the Seljuk Turks of the Hittites and even older peoples of Asia Minor.

The swallow belongs to the cosmopolitan group of birds. It is inhabited on all continents except Antarctica. She is a migratory bird.

It is thought to have originated in Africa, as most species live there. It feeds on tiny insects that it hunts in flight and also drinks during flight above water.

It breeds in most of the Northern Hemisphere, and winters in most of the South. It flies up to 13,000 kilometers on that road. It nests most often under the roofs of houses because it is supposed to love people.

The nest is built of mud and part of the plants that are covered with feathers on the inside. A pair of swallows live together until death. Females lay eggs, and both parents lay on them. They take care of the little birds together. It is interesting that older cubs help their parents to feed another litter.

The swallow is highly respected by the people all over the globe. In the songs she is called a locksmith because she brings golden keys across the sea, with which she opens summer and closes winter. Swallows have been associated with many beliefs and traditions throughout Europe since ancient times.

In many cultures and countries, the swallow is considered a symbol of light and good. It is a symbol of eternal love all over the world, because a pair of swallows live together until death.

So in Asia, where for the first time there was some deification of the dove, due to the fact that the special fertility of this bird was noticed, the dove became at first a symbol of carnal love, and then marriage and family hearth.

The white dove in Christianity is a symbol of the Holy Spirit. All folk beliefs about the pigeon, especially the white one, are positive. It should be brought to a celebration or wedding, because it brings a good marriage and childbirth.

If a pigeon makes a nest in the attic of a house, that house is guaranteed spiritual protection. It is believed that the dove will never stay in a space where it has negative energies, and the one who kills it will be eternally cursed because he sinned against the bird of God.

In this case, he was depicted with a small ring or wreath in his beak, or two doves were drawn, facing each other and holding one necklace in their beaks. Similar images were common among the peoples of the Middle East – Persians, Bactrians and some others.

It would seem that this is understandable, since the dove is the only creature that is naturally freed from bile (from the poison that all animate creatures carry around the liver), and Pliny once said that if a dove falls ill, it will bite a laurel leaf and heal. ”

From Asia, about the middle of the first millennium BC, the pigeon entered Greece. They began to be used there by connections between the islands of the Aegean Sea, the policies of Greece itself, and especially to convey the news of the winners at the Olympics, which gave rise to the image of a dove with an olive branch in its beak.

The image of a dove also penetrated into Greek symbolism, so, it was an invariable attribute of the goddess of love Astarte, and later became a faithful companion and Bacchus. In both cases, it was a symbol of carnal love (the most earthly one).

Let us turn again to Umberto Eco, who analyzed this symbol in detail in The Island Before: “However, for all its purity, the dove is also a symbol of ruin, for it plagues itself with lust. They spend whole days in kissing (“kiss twice, so that loving lips would be silent”) and intertwining tongues; from this, many expressions were born (dove in the sense of love) used by poets…

Many ancient legends tell about the wonderful properties of this sophisticated bird.

So, for example, in ancient mythology, the crane was a companion of the god Apollo as a spring sun bird. To the god Hermes, the patron saint of travelers, the crane became a companion because of its powerful wings that never know fatigue.

In the service of the goddess Demeter, the crane is a companion – a harbinger of a rich harvest. Among the ancient peoples of Europe and Asia, the arrival of cranes to their lands was considered a good sign, promising a bountiful harvest and favorable events in people’s lives.

There is a myth that, inventing the alphabet, Hermes wrote the first 7 letters, looking at the flight of a crane wedge.

In the countries of the East, especially in China and Japan, the crane has been revered and respected for a long time. It is a symbol of health, longevity, wisdom, prosperity, high position, nobility and justice, and is also considered a talisman of good luck. A pair of cranes symbolizes strong marriage bonds and family happiness.

The Chinese also believe that cranes accompany angels in the sky, as well as the souls of the dead, to the other world. And the Japanese used to consider cranes as “people with feathers”, they believed that cranes are capable of taking on human form, being the messengers of God on earth.

The flamingo is the most famous wetland bird, recognizable by its pink feather color and unusually curved beak. It is also known by the names pennant and red heron.

It lives in different climates, from South Africa to Europe, from South America to East Asia, most often in reeds, on the shores of shallow ponds, between aquatic plants and grasses. He moves very gracefully, and when he flies, he stretches his neck, stretches his legs and quickly, rhythmically, waves his wings.

The pink color of flamingo’s feathers comes from their diet. The intensity of the color depends on the amount of water bacteria and beta-carotene that they take in food.

The feathers can vary from light pink to bright red, and there may be some red and black feathers on the wings. In captivity, their feathers begin to lose their pink color and turn white unless they continue to feed on shrimp.

“Beautification glands” are located at the bottom of the tail of flamingos. Some scientists believe that they use them in grooming in order to attract a partner.

Namely, it has been noticed that during the arrangement of feathers, flamingos rub their head against the gland, and immediately afterwards against the neck, chest and back.

Flamingos live, feed, breed and nest in large colonies consisting of several hundred to several thousand individuals, in order to protect themselves from predators. They usually live in a paired, monogamous lifestyle and very rarely change partners.

These were the luckiest 5 birds that can appear in your life.

Hopefully you learned interesting information about the magical world of birds, and the next time you notice them in your life, you will be able to read the lucky signs.