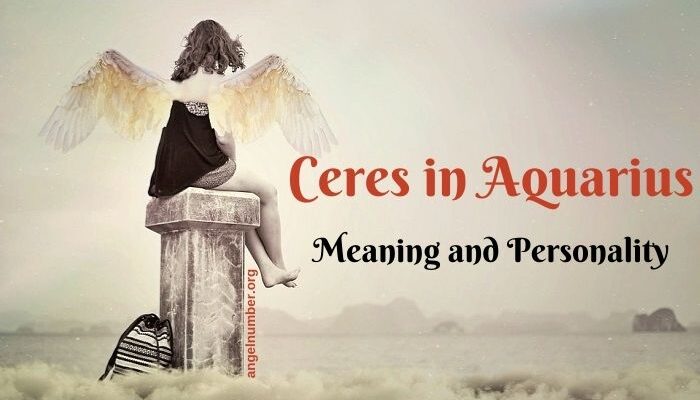 Demeter (Ceres) is remembered as the most generous goddess of ancient Greece who taught people to farm and cultivate plants.

Astrology connects it to the Regulus as it was going through the sign of Taurus in ancient times when humans lived a long period of nomadic life, settled in certain areas, built some nice and began to cultivate plants and domesticate animals.

It was the moment when people have turned to the home, or whatever home represents for all of us.

To this day, Demeter, or Ceres as it is most commonly known, is associated with the idea of birth, giving, mother principle, family, children, as it represents the female creative principle through which humanity develops.

And you will see in the next few sections how this principle can evolve, even from a negative starting point.

What does it mean when Ceres finds itself in Aquarius – what kind of impact then it has, and does the female principle goes out of its natural state?

Ceres in the Aquarius sign gives something very interesting, the impact that it did not have so far. It finds this time the consolation in everything that is strange and unconventional.

A refuge place for things that have been rejected by others, it gives so much friendship that it is wonderful and astonishing. We are not saying that this has to be the case, but the fact is that it can grow further and become different in its opposition.

This position puts friendship on the center stage, and also it comes a bit of a feeling of depression, and in those moments, this Ceres wants from the environment to be on the side and to be left alone in isolation.

Ceres in Aquarius, even more, enhances stubbornness, and those who have this position do not want to admit that they were wrong and that they need someone else. 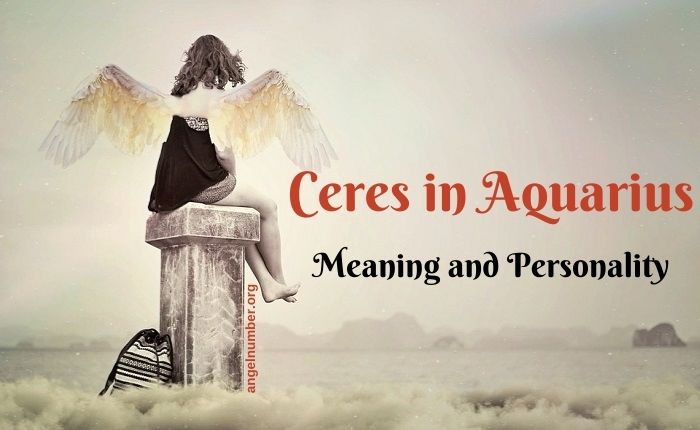 At times this position brings the starting point of the abandoned at an early age, and that pushes into the isolation, even more, feeling deep into the subconscious.

In some cases, intimacy may be hard, and people who have this position of Ceres like to develop in others a sense of social justice.

There is a feeling of joy while being in the groups, and the downside may be the feeling of being excluded or socially incompetent—a high value of personal freedom and true joy in serving others.

When asteroid Ceres is found in the Aquarius Zodiac sign, then we get to see human beings who are gladly enjoying spending time with a lot of different friends, and they may be favorites in society.

But, in most cases, while they are young, they can be quite the opposite, meaning that such a person learned early on to break away from feelings of abandonment because the mother was not always there to take care and hold the crying baby. It is what the majority of us think that the mother should do, but this is not always the case.

These people, when they become older, begin to find friends and lovers, and really like someone, then sometimes it comes to the surface: “I need you.” Then those people get a sudden need to run away, because this is the scenario that this Ceres had learned when it was really young, from the side of the most loving people, parents.

The downside is that these people tend to have problems with contacts in intimate relationships. And subsequently with their member of their families and, even worse, kids.

Struggle here is real, dealing with the idea that kids must be above the problems that are buried deep inside and seen in a marital relationship.

Aquarius is a sign of thought, and it is always someone who looks into the future and maybe even lives there, even if she looks like a weirdo.

This lady that has Ceres located in the sign of the Aquarius will teach her children to be independent in thinking, making decisions, and to be their own in life. She does not impose anything on her children (or family, and lovers, of course) because she believes that freedom of decision is necessary for every thinking being and that the best only knows what is best for him.

This is the reason why so many of these ladies have unconventional relationships, numerous affairs, etc. She needs a man who can deal with this kind of behavior.

When it comes to her kids, this woman wants her kids to be well informed, to learn, to spread their knowledge into the world. She will explain the importance of that, hoping that they will understand for themselves that she is right and that she is saying it with the best intentions.

She wants to teach, not to preach, and the main value is to be their own, original, not to sell themselves for anything in the world because freedom has no price and to make their own decisions.

The most important part of their lives is that this Ceres gives an effect from an early age, in the sense of encouragement of the family and friends, and also children to have smart conversations on various topics and of general importance.

This woman wants to hear others’ opinions on various topics, as well as the child’s attitude, and she will ask the child only to have an attitude and opinion about everything.

The one lady that has Ceres located in Aquarius will also teach his child to think, learn, read, socialize, exchange ideas with educated people and socialize with his peers.

What this woman wants to see in the world, not just in her family, but in the entire world – is a humane and good people; she will show the importance of groups, associations, and cooperation with other people, all with the goal of universal well-being and good.

The most important thing is her independence and the mental stimulus that she wants to share with her kids and also her lovers, partners, and friends.

Aquarius is the sign that rules over society and friends, and all of this has an educational impact on this man, and he gives this knowledge further, as he sees the world as the most wonderful place where all people should share information.

Thus, friends could have had an educational influence on such a man, but early upbringing was more like a mess.

The man who has Ceres in Aquarius maybe had a difficult upbringing. There was a lot of crying and the feeling of atonement, and also isolation. The element of a mother is missing in the picture.

When this child grows up, he becomes an interesting man, and when he falls in love, and when he feels that he really loves someone, he runs away.

The downside here, with this Ceres, is that there is a tendency to bring problems in contacts and in the relationship with the partner. And you can imagine that this man is a parent whose kids may feel this dynamic of relationships.

So, this man, as a parent, unlike some else, is that he is stricter, even though unconventional.

He can be rigorous and cold and will not please the child, and the kid must be independent and educated.

Of course, if this man with the Ceres in Aquarius sees that the child is not listening to anything, there are sanctions, but this parent’s anger and punishments pass quickly after a while, but he changes the rules of behavior.

The child must set goals for himself and fulfill them—the similar expectations this man puts in front of his family, wife, and of course, friends.

The asteroid Ceres in the sign of Aquarius is manifested through individual work, rebellion, lack of self-discipline, mental acuity, rigid attitudes, and uniqueness in work.

This means that during this transition, all of us are invited to work on ourselves, and work as individuals and to look for what we are the best at, and to be even rebellious if we dare.

And this is the time when we should deal with the lack of self-discipline that is not making us feel sufficient and worthy.

Self-discipline is very hard, but step by step, looking into the future is an attempt worth taking.

Also, when we are talking about the Ceres in Aquarius sign is that is the transition where numerous innovations will come to our minds, but we must have independence in action, with a lot of intellectual activities.

People who have this Ceres position in their natal charts have a desire to be different and surrounded by friends – this is the perfect time to find new ones, maybe those who are a bit weird.

When they are depressed, they prefer company, even though they really need intimacy, which they avoid, as excessive emotional devotion oppresses them and they are convinced that it also limits them in their actions.

To end this piece, we will speak of the positive aspects of this Ceres position – creating a feeling that all of us are an important part of a larger group like we belong to the world where the knowledge must be shared with others.

This is the transition that could be used to effectively fighting for some right or ideal because then we have the feeling that we are serving the community or humanity as the highest virtues as human beings. 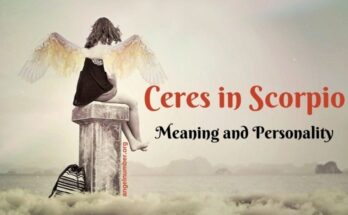 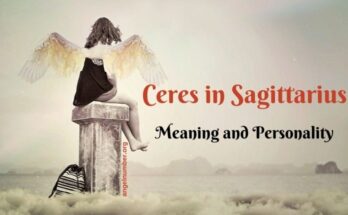 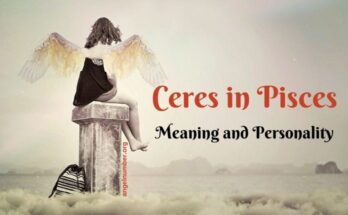