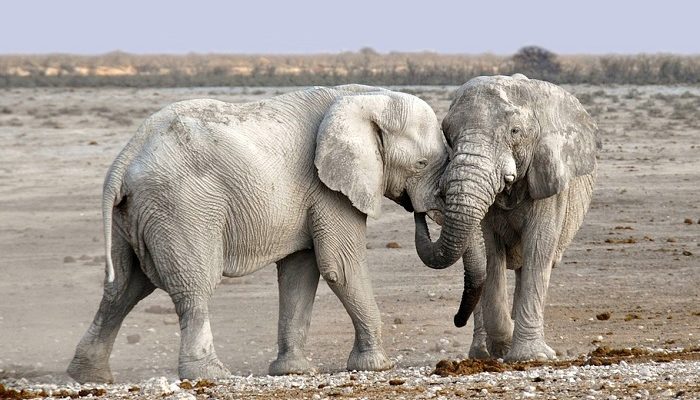 The elephant in dreams brings its qualities as a great wild animal: strength and muscle power, mass, physical energy. Dreaming of an elephant will make the dreamer reflect on these qualities, on the possibility of expressing them, on recognizing them in themselves.

But it is the big size that impresses the dreamer, the elephant is a mass of moving flesh that turns out to be strangely fast and agile if necessary.

The elephant in dreams is an expression of the forces of instinct that emerge violently from the unconscious, but that can be directed. Its regal and imposing nature and the positive qualities attributed to it make it a symbol of power and inner strength, its strength and its vital energy express the urgency of a need and the strength of the unconscious contents that are going back to consciousness.

They can be conflicts of a sexual nature or aggressive impulses (even the elephant becomes aggressive and dangerous if stimulated and annoyed), it may be a need to express one’s personal power by finding a space and a role that are like those of the elephant: equally respected .

Analyzing the symbol of the elephant in dreams, it is precisely the concept of the size of the body that is immediately considered and connected to something “big” that is looming in the life of the dreamer, something whose evident power can frighten or reassure. T

he meaning of the elephant in dreams can bring attention to the objective level by connecting to the events that are being experienced (think how common it is to say: They are big things! Big things are happening to me!) To “heavy” people (fatigued by to endure, boring), but above all refers to a subjective level: like all animals, the elephant in dreams also embodies the instincts and the natural impulses of the dreamer.

The elephant in dreams has archetypal aspects linked to its role and to the images that appear in the myths and tales of ancient oriental cultures. The elephant is the mount of kings and hunters, a symbol of strength and power that are combined with intelligence, memory, longevity, patience. The elephant in dreams and in reality is considered the bearer of luck, of knowledge, of good will.

The god Ganesh has the body of a man and the head of an elephant and represents the power and royalty, the intelligence and the tension towards the spirit that know how to guide matter and instinct. Ganesh with the head of a white elephant and a third eye in the middle of the forehead is the symbol of the focus towards a spiritual goal that is realized with the use of reason and thought.

Like the tortoise, the elephant is a cosmogony animal, its legs are the columns on which the world stands, the proboscis is a (phallic) symbol of fertility, the big ears represent wisdom.

The elephant in dreams can indicate an inferiority complex of the dreamer, appear in a dream of compensation and highlight the need to be seen, admired and to capture the attention of others. 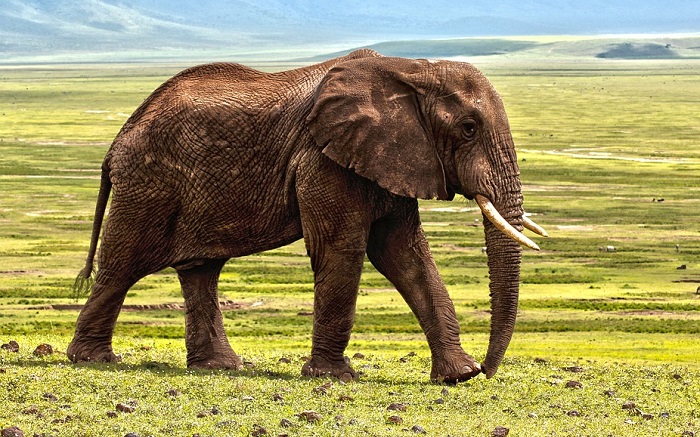 The elephant in dreams, on the contrary, can represent the strength of the dreamer of which he must become aware or an aspect of his determined and resistant personality, the need to reflect and precede slowly, the need to move forward with patience.

Finally, the legendary memory of the elephant must be considered: it can represent the need to remember, not to lose sight of the past, to have a wider view, a global vision of one’s situation.

What does it mean to dream of an elephant? It could reflect your state of mind, against a situation you are facing, which is cumbersome and difficult to disentangle.

It could also represent the figure of a neighbor who makes you feel inferior and submissive. In other cases it might reflect your physical form, maybe you want to be more agile and more physically active while on the contrary you see yourself a bit awkward as when you happen to dream of an elephant that is bigger than usual.

Dreaming of a baby elephant: in the dream world, dreaming of baby animals, it may reflect your desire to become parents, or you probably feel inexperienced in a situation, just as only baby elephants are or maybe you feel helpless and needy.

The great variety of cues and different meanings related to the elephant in dreams must lead the dreamer to carefully analyze what he is experiencing to identify the most pertinent link, not neglecting the sensations that the elephant’s image arouses. Consequently the following images are purely indicative and should not be taken as immutable truths, but adapted to what one feels and lives.

Dream of a large and aggressive elephant – it can refer to sexual and aggressive impulses linked to disowned selves. The dreamer perhaps operates a great deal of control in his day life and the natural instinctive impulses are incarnated to find an outlet that is not destructive incarnate in the elephant in dreams, an animal that cannot be ignored nor forgotten.

Dreaming of an elephant at home – it can symbolize two things, the first is that you feel tight and bulky in your home, perhaps an unwelcome guest or a partner who is too stuffy, in other cases being the elephant a symbol of luck this can be an unexpected surprise in your life.

Dreaming of an elephant in the water: it reflects your state of mind in life, the water certainly symbolizes life in all its aspects, so this kind of dream could indicate your weight towards life or maybe you feel overwhelmed by someone or something.

Dreaming about few elephants – it could mean that you have a little too many situations and worries, that you no longer know how to manage, which makes you helpless and overwhelmed by the things that happen to you.

Dreaming of dead elephants – death in general in life and in dreams leads to a sense of anxiety, anxiety and fear. Dreaming of a dead elephant, can stand to symbolize a change, maybe you managed to lift yourself from a difficult situation. Think about whom in the dream can represent the elephant, who could be a friend, a partner or at least a person dear to you that you are afraid of losing.

Dreaming of a big elephant – connects, as above, to the instinctive and natural impulses, but has a less violent impact than the previous image and can bring attention to the less domesticated, less common aspects of ones that become available for the dreamer.

Dream of a furious elephant that destroys – indicates the violence with which the dreamer’s disowned selves pour into dreams, unable to express themselves in reality, generally they are instinctual selves linked to aggression, anger and sex.

Dreaming of being chased by an elephant – it has meanings related to what is written above, but it can also refer to other qualities attributed to the elephant that are not experienced or considered: for example patience, thoughtfulness, self-respect, knowing how to draw precise limits to others’ interference.

Dreaming of a dead or dying elephant – laying on the ground it can be connected to an inner transformation, slowness and patience that give ground to impulsiveness and speed of thought. Perhaps in the life of the dreamer we need to act with more speed, to be more agile and less “heavy”, or we get rid of a heavy oppressive present, we have moved away from a situation that required great mental “presence”, concentration, commitment.

Dream of a female elephant – it is the symbol of all the positive qualities of the elephant combined with the symbolic aspects of the feminine, consequently the symbol is exalted, concentrating in itself fruitfulness of ideas, new possibilities, realized hopes.

Dream of a baby elephant – connects to the emergence of strength, intelligence, power combined with a playfulness that makes everything light and pleasant. The dreamer is rediscovering in himself the ability to mediate between the aspects of commitment and concentration and those of lightness and ability to relax.

Dreaming of a dead baby elephant – killed by hunters or by the dreamer himself is a dramatic image linked to internal rules that do not allow him to express all his potential. These are aspects of control that want to maintain a “low profile”, to make it less visible.

Dreaming of an elephant that washes something – using the proboscis and spraying water can be considered a confirmation dream that highlights a different awareness, a different vision and approach to reality, less fear in expressing one’s emotions.

Dreaming of riding an elephant – it means claiming one’s personal power, making it emerge within oneself, recognizing it and allowing it to express itself in one’s life. It can be a symbol of initiation to new experiences and knowledge or indicate a new phase of existence.

It can also have a sexual value. The elephant in dreams is generally an animal that symbolizes wisdom and luck, being also an imposing animal, slow and heavy.

The elephant in dreams is an expression of the forces of instinct that emerge violently from the unconscious, but that can be directed. Its regal and imposing nature and the positive qualities attributed to it make it a symbol of power and inner strength, its strength and its vital energy express the urgency of a need and the strength of the unconscious contents that are going back to consciousness.

They can be conflicts of a sexual nature or aggressive impulses (even the elephant becomes aggressive and dangerous if stimulated and annoyed), it may be a need to express one’s personal power by finding a space and a role that are like those of the elephant: equally respected .