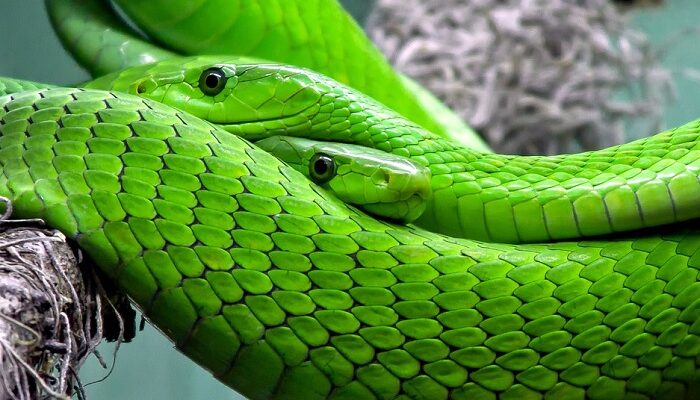 In this section it is necessary to mention the most famous serpent in western culture, the serpent from the Garden of Eden that represents the dark side of the serpent.

With the expulsion of Adam and Eve came sickness and death.

Serpents also appear in the punishment of the Israelites who went with Moses in the desert.

In Christianity it generally represents the devil but also wisdom (“be as wise as the serpent and good as doves” Matthew 10, 16) and also subtlety (Genesis 3, 1). But the most common is its presentation as the temptation of Adam and Eve to eat the fruit of the tree of Knowledge of Good and Evil.

In Ireland, the serpent represents paganism and in the legend of St. Patrick, patron of Ireland, it drove away all the snakes on the island. Represent the devil as a tempter.

Below the cross of Christ, it represents the triumph over the devil; under the foot of the Virgin Mary, it is compared to the serpent of Eve.

However, contrary to general belief, this was not always the case, and in fact the first Christians called Christ “The Good Serpent” (John 3:15). In the medieval manuscript “Book of Kells” when Matthew 27:38 is illustrated dealing with the crucifixion is illuminated with serpents.

A serpent coiled in the tree of life is beneficial but coiled in that of knowledge is evil (except among the Gnostics). The chalice of Saint John is represented with a serpent emerging from it, representing beneficial powers.

And in Monasterboice, Louth, Ireland, there is a Muiredach Cross that has two serpents one facing up and one facing down, with three human heads between the tails and ending in a human hand with a circle above representing a solar circle. It is known as Dextra Dei or the right hand of God.

Saint Augustine used to say “what is a raised serpent? The Lord’s death on the cross”. Christ was the divine healer and the identification with the serpent was made frequently especially by the Ophites (agnostic sects of Syria and Egypt that developed around 100 AD), a Christian sect that represented Christ as a serpent.

The name is derived from the Greek ophis (ojiz) which means “serpent.” The common thought that these sects had is the great importance they give to the serpent of the biblical accounts, since this animal is the connection between the tree of knowledge later considered of good and evil) with gnosis or knowledge (32). 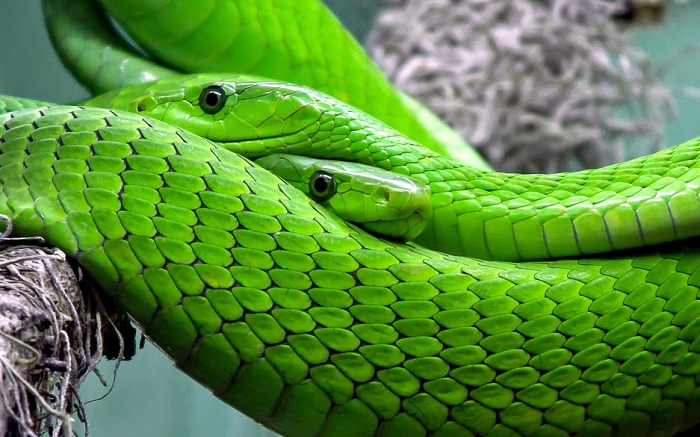 In Judaism the serpent represents the devil, temptation, sin, sexual passion, and the souls of the damned in Sheol (common grave of humanity).

But there are also descriptions of the twisted serpent as a reference to knowledge and also the serpent arm of Moses is a symbol of healing. And in Kabbalah the primordial man wears a serpent around his neck.

Despite all the positive aspects that the serpent had in early Christianity, they were all negated by the fact that it was the fall that he brought about through Adam and Eve that brought sickness to the world.

And already in the Middle Ages it was one of the representations of lust, one of the sins that most concerned the ecclesiastical authorities, and many works of art showed the motifs of the serpent, the fall, sin, disease and punishment. (Fig. 8 and 9).

The snake is the most important animal in the indigenous spiritual culture of the Native Americans as they possessed the wisdom of nature and good and bad powers.

In general they were protective, medicine animals and good luck and they were prayed to ask for the healing of loved ones.

The many forest-dwelling peoples of North America believed that snakes and other aquatic creatures communicate with the powers of the underworld.

Images of a puma-headed snake have been found in materials belonging to Florida tribes and are believed to be a variation of the myth (Fig. 10).

Different tribes had different gods and traditions related to snakes and thus the Iroquois and Hurons had the myth of the Great Water Serpent that devoured humanity, but was killed by Hino the Spirit of Thunder and his warriors.

The myth of the Great Serpent of the southeastern forest tribes may have its greatest expression in the Great Serpent Mound in Adams County, Ohio, a construction that is attributed to the Adena Indians (1000-100 BC. ) and that represents a large snake that is swallowing a toad (Fig. 11).

It is also attributed to those who successively inhabited that territory as the Hopwells (100 BC-500 AD) and to the representatives of the so-called Ancient Fort Culture (900-1400 AD) since the three Peoples were builders of animal-shaped monuments.

This ritual is known thanks to the studies of Aby M. Warburg (1866-1929), a pioneer in the investigation of cultural history through the analysis of images and the interpretation of symbols and considered the founder of contemporary methods in iconology.

The Hopi (Moki) Indians lived in the southwestern United States, in the highlands of the Rocky Mountains where the states of Colorado, Utah, New Mexico and Arizona meet. They were called “pueblo” Indians because they lived sedentary in villages with above and stone houses.

The fundamental objective of their magical and religious practices was to solve the water shortage and dominate the inhospitable forces of nature in the region.

The Indians frequently adorned their pottery pieces and represented drawings with images of a house, which according to Indian cosmology represents the universe, together with a serpent.

But the form of spiritual animation of nature was a mask dance that manifested itself as a dance of animals, a cult of trees and, finally, as a dance with living serpents (34).

The motifs most used in pottery were the bird and the snake, which among the Hopi was considered the most influential symbol of worship.

The pottery found with these motifs, and which was still being manufactured at the end of the 19th century, came from prehistoric techniques independent of that introduced by the Spanish.

The iconography of the serpent appeared on recent vessels exactly the same motif as on prehistoric vessels, coiled and with a feathered head. The vessels were located in underground shrines called kiwa where the serpent occupied a central position within the cult as a symbol of the storm’s lightning (Fig. 12).

In some places like Oraibi and Walpi, the Indians performed a dance with live snakes, the snake dance, which lasted several days and in which rattlesnakes were used that voluntarily participated or at least did not resist, according to the descriptions of Warburg. The participants belonged to two clans: that of the antelope and that of the snake.

One of the animals that keeps more myths and legends throughout history, is the serpent; which, in turn, is a reptile that has stood out before different cultures and religions thanks to its veneration as a mystical being.

In the same way, to understand a little better the reasons ancient societies had for giving this reptile so much weight, it is necessary to delve into the cultures that considered snakes to be more than just animals.

Let’s take as the main example the story of “Adam, Eve and the serpent in the Garden of Eden”, which is related in the book of Genesis 3; where it is exposed through the fable, to the cunning and malice of the mystic animal that, according to this story, managed to deceive the first humans on earth.

However, it should be noted that the figure of the serpent represented an evil entity expelled from heaven, known as “Satan”, who was a fallen angel and in other contexts, is also seen as a demi-God.

For having committed such a misdeed, the punishment that God gave to the evil serpent was to be dragged for life and eat the very dust of the earth, from here an idea arises as to why snakes do not have legs.

In turn, we must emphasize that this story has marked the figure of the serpent before the critical eye of Christian society, who managed to spread this figure throughout the Western world as a “perverse and cunning entity.”

In the book of Revelation chapter 3, this myth about the evil serpent reappears, but now with a different characteristic, since it says that it arises from the waters, and has 7 heads, in addition to the connotation in terms of possessing an enormous strength with which can subdue whoever it wishes, and the fact that there is no human force that can subdue it is emphasized.

Also, Greek mythology brings us a rather curious character, it is the “female telluric god Medusa” who has snakes instead of hair and lives in the underworld, with powers that turned people into stone if they dared to look at her eyes.

Before this ancient civilization, “the cobra” was taken as a symbol that represented the sun, the protector of the pharaohs.

On the other hand, we have the mythological side, which says that the serpent itself dammed evil or the reincarnation of the evil God Apophysis (who is known as the God of chaos), in this context, the Egyptians called the serpent “Nepai “, Which is translated as” intestine “, in order to convey his rejection of them.

In this civilization, the serpent was a symbol of wisdom and healing, it was also taken as a protector of homes and as a symbol of time that returns in itself.

In turn, we have another part of the Greek civilization, which took the snake as an animal that was related to the underworld, in this context, the snake shows its dark side thanks to its capacity for insomnia and vigilance, what gives it that mystical touch.