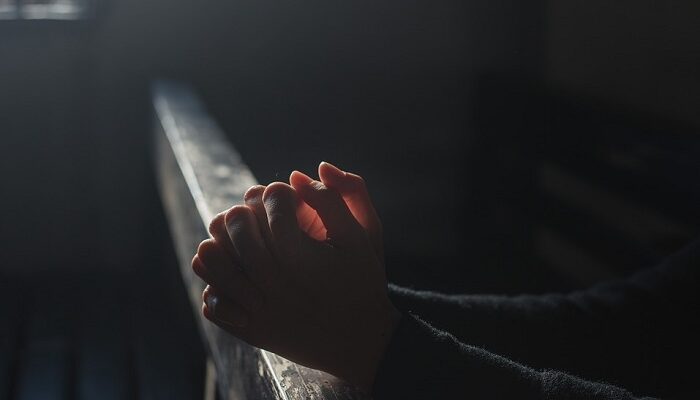 Infinitely good father, now in your great tenderness pour the precious blood of your son Jesus over me, your child X…. to break all ties that you see in your child and that keep them trapped in fears and illness, such as pain, in sins, in doubt, in agony, in obsession, in insecurity and in a feeling of guilt.

Infinitely good father, loosen all ties in the precious blood of your Son Jesus, all these curses that stand in the way of my happiness and my complete health.

Create new spaces, areas of trust and devotion in me so that I can rediscover true freedom as a child of God.

But you kind mother of Jesus, through your service of grace, sever all these ties that the father has loosened in the precious blood of his son.

Holy Mary, Mother of our Savior, cast out evil from the injured areas of my being and take away from me all traces of the forces of evil that creep around.

Honor and praise be to you, father of eternal love, to whom you gave us your Son for salvation and for our happiness. Hallelujah! Amen.

Francesco Forgione was born into a farming family. He ate less than other children and hardly slept, and miraculously survived severe attacks of fever. At the age of 16 he joined the Capuchins as a novice in his homeland and was given the religious name Pio.

Struggling because of his poor health – he suffered from tuberculosis – he kept up the ascetic life, completed his theological studies and was ordained a priest in the cathedral of Benevento in 1910.

Until 1915 he worked in his hometown Pietrelcina as an assistant to the local pastor, from 1916 as a monk in the Capuchin monastery in San Giovanni Rotondo.

In 1918 the five wounds of Christ suddenly appeared on his body, which made him the first stigmatized priest in the history of the Catholic Church and which remained visible until his death. 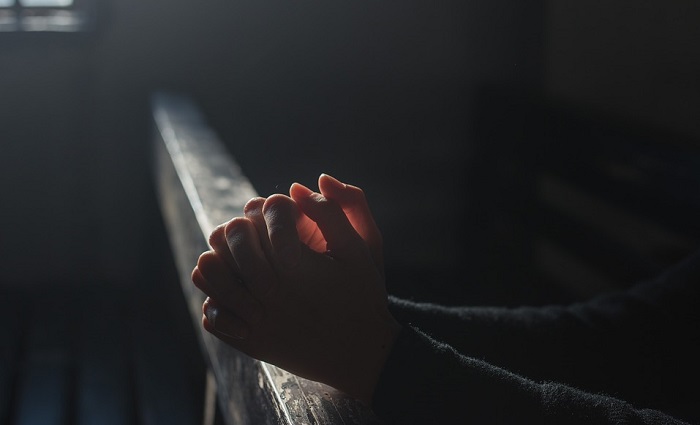 Despite the command of silence imposed on him, the miracle soon became widely known, then the first pilgrims came to Padre Pio in his monastery in San Giovanni Rotondo and saw him at his masses as if removed from reality.

He became an apostle of the confessional as confessor, his prophetic gift was widely praised, healings were reported, and his simultaneous presence in two different places; he became arguably the greatest mystic of the 20th century while his order and the curia were investigating the phenomena.

the church finally distanced itself from him, called him a hysteric, forbade him to answer pastoral letters in 1922, then withdrew his permission to confess and from 1931 to 1933 he could not read mass in public.

It was not until 1964 that Pope Paul VI granted him again the permission to exercise office freely. The stigmata led to repeated, ecclesiastically ordered medical examinations. Padre Pio usually wore fingerless gloves to hide the wounds.

But the people trusted Padre Pio; From 1940 he began to alleviate or even cure pilgrims’ suffering by the laying on of hands or with words and founded the Casa Sollievo della Sofferenza, the House of Liberation from Suffering, which was inaugurated in 1956 and donated to the Vatican.

He saw the image of Christ in the poor, the suffering and the sick, and his work of charity was especially aimed at them.

During a visit in 1947, he is said to have told the young Polish priest Karol Woityla, who later became Pope John Paul II, both the election as head of the Catholic Church and the assassination attempt in 1981.

As Auxiliary Bishop of Cracow, Karol Woityla wrote to Padre Pio in a letter asking him to hold special intercession for a family mother and doctor suffering from cancer and for the son of a lawyer from his diocese. Woityla wrote him further letters during his stay at the 2nd Vatican Council.

It is interesting how the reputation of the charismatic Capuchin changed with each new Pope: Benedict XV. was rather skeptical, Pius XI. almost wanted to remove him from the priesthood, Pius XII. However, was taken with him.

John XXIII was an avowed opponent of Padre Pio, in 1960 he even wrote in private records of the enormous, devilishly planned disaster of the souls that he wreaked.

Paul VI was again rather favored by him; with John Paul II came the turning point, then beatification and canonization.

Another miracle of Padre Pio was considered a lasting miracle. This miracle affected a Tuscany railroad official who died in 1983 at the age of seventy. He said: “I am a permanent challenge to science!”

In 1945 he lived in the province of Siena. He was married and had a son. He worked as an administrator in an electrical system for the railway.

On the morning of May 21st, his motorcycle crashed into a truck. He was rushed to the hospital and the doctor diagnosed a fractured skull, an injury to the left eardrum, some fractured ribs, and a five-fold fracture of the left leg.

A few days after the accident, the doctors could not rule out whether his life was still in danger. He showed good healings, but not on his leg. The doctors couldn’t cure it.

He was taken from one hospital to another to find the right solution for his leg. He said: “I was taken to the Orthopedic Hospital in Siena, where I was under observation for a year. Then I went to the Rizzoli Hospital in Bologna.

Although my thigh was healed after a few treatments, my legs became completely rigid. The Doctors told me that I had ‘fibrous anchylosis’ on my left knee and they could not heal it, nor did the wounds from the treatments heal.

Several attempts to bandage my leg were unsuccessful, at which point a decision was made the doctors at the Orthopedic Hospital in Siena wanted to make another attempt.

Under general anesthesia, they wanted to bend my leg with the help of the Zuppinger machine, but this last attempt also failed.

On the contrary, my thigh broke again and I was forced to do another two Months to keep my thigh in plaster of Paris. In early 1948 I was discharged from the Orthopedic Hospital of Siena and for declared incurable.

I should live with a rigid leg all my life. I was thirty-five years old and I didn’t want to give up. So I decided to try other doctors, but had so little hope of a cure that I refused any further treatment.

I was so demoralized and sad that I looked like a wounded animal. I couldn’t take anyone. In my desperation I didn’t want to live anymore! I reacted all my anger to my wife, who supported me. I used walking sticks to move, but I had little success in dragging myself at least a few yards.

My legs were stiff and full of bleeding painful wounds. I often tried to do something myself, but I kept falling. So I cried and cursed everyone and God.

My wife believed in God, but I didn’t believe in God. She went to church and I scolded her. I cursed out of malice and she cried!

Once a religious man came to our church and gave a lecture. Someone told him about my situation and he wanted to speak to my wife to support her.

And he asked her: “Why don’t you take your husband with you to San Giovanni Rotondo, to a friar who works miracles, to Padre Pio? My wife told me about it with hope, but I burst out laughing and cursed Padre Pio.

But my wife did not want to give up this chance. She decided to write to Padre Pio, but did not receive any reply to any of her many letters.

Then she began to talk to me about the friar who asked me to comply with her request.

My condition got worse and I realized my life was about to end, so I hopelessly gave in to my wife’s request and said, “OK, let’s try!” I had a very bad trip!

On the train, I was put on a stretcher, but when I did I had to get out of the car and get into the car, I felt a terrible pain in my leg.

First it was to Rome, then to Foggia. To get to San Giovanni Rotondo there was only one bus from Foggia, i he started early in the morning.

So we decided to spend the night in a hotel. As I dragged myself with my walking sticks, I fell into a puddle.

So I spent the night there. Early in the morning my wife, son and I took the bus to go to San Giovanni Rotondo.

The bus stop was two kilometers from the little church and monastery. At that time the roads were not paved. I don’t know how I managed to get to church.

As soon as I got to the little church, I sat down on a chair, exhausted. I had never seen a photo of Padre Pio; therefore couldn’t recognize him. There were many friars in the church there.

With donations, Padre Pio had one of the most modern hospitals in southern Italy built in 1956, the Casa del Sollievo della Sofferenza, House of Consolation for Sufferers in San Giovanni Rotondo.

To support him, he founded prayer groups that were recognized by the Vatican in 1986.

For his tesoretto, the proceeds of the donations he received, he let himself be released from the vow of poverty in the last years of his life; the saved should amount to at least one hundred million euros today. A few years ago the Vatican sent a financial administrator to get an overview of the flourishing prosperity of the begging order.