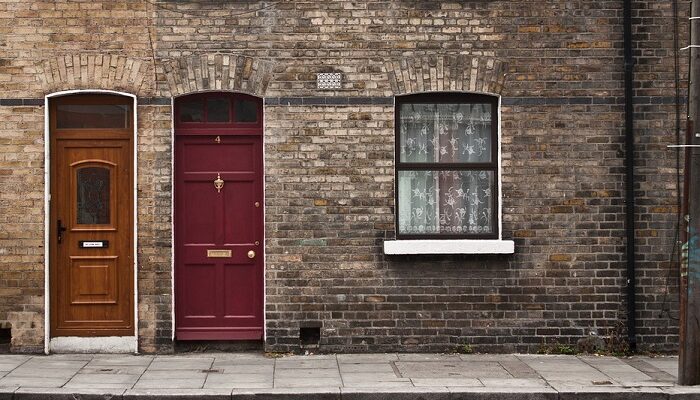 The door is a universal symbol that implies transition, giving way from one domain to another.

It is the place of passage between two completely different states, where the known becomes unknown.

The door is an opening that allows us to enter and exit. Going through a door is changing the level, the middle, the center, the life, it is … going to another place.

In the British Isles it is customary to open all the doors of the house in which someone is dying, in order to help the soul of the dying person to leave this world.

In some regions of Indonesia, they open the doors of the house where a woman is giving birth, as they believe that she helps deliver the baby.

In Ancient Egypt, the door symbolized the horizon, the luminous mountain of the East where the sun rises, that fascinating moment of dawn in which both worlds meet.

In the tombs, a door was built so that the soul of the deceased could move both in one direction and in the other. This same sense, the door is present in Etruscan tombs; some have the deceased represented on the threshold.

For the Judeo-Christian tradition, the importance of the door is immense, since revelation is accessed through it, and the harmonies of the universe are reflected on it. In all Jewish temples, as well as in Christian churches and cathedrals, the main door is one of the most important architectural elements.

The figure of the glorious Christ is usually represented in the porticoes of cathedrals, to receive the pilgrim and the faithful, under one of the maxims: “Christus ianua vera”, Christ is the true door.

The Bible speaks of “the gates of heaven” through which one enters the kingdom of heaven, salvation and eternal life: “I am the door, if anyone enters through me, he will be saved” (John 10: 9), which alludes to that spiritual state in which Jesus initiated his followers.

At the same time, the Bible reminds us that not all doors are happy, as is the case with the doors of death and the doors of hell. 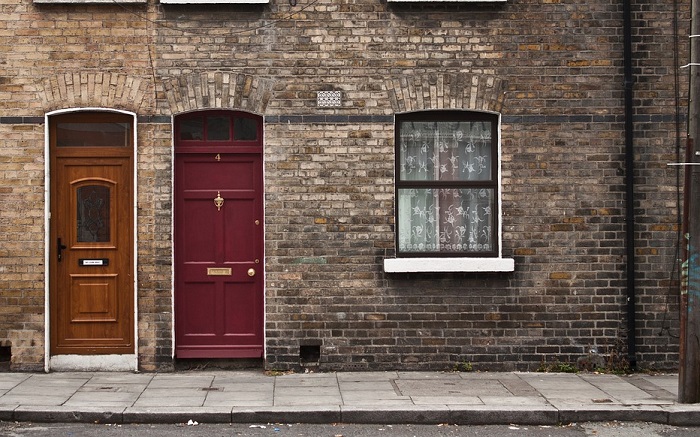 The return of Christ is announced with the phrases: “The Son of Man is at the door” and “he sees that I am at the door and knock. If someone hears my voice and opens the door, I will enter his house and have dinner with him and him with me. In the Vatican, doors and keys appear as emblematic symbols and the Pope performs rituals related to opening certain doors.

In medieval iconography, the Virgin was often depicted in the shape of a closed door. A hymn from the twelfth century describes it thus: “Holy Mary, closed door, by order of God open, sealed fountain, closed garden, door of paradise.”

The guardians of the Romanesque doors refer to the initiation that the neophyte will make, once they pass through the portal of the temple. Such is the case of the Latin god Janus, who keeps the keys to the two solstice gates: the gate of the gods and the gate of men.

The passage from earth to heaven is carried out through the door of the sun, which symbolizes the exit of the cosmos, the place through which the axis of the world passes that gives access to the kingdom of heaven.

The gates of all the great holy places in the world separate and protect the sacred from the profane. They usually have at their entrance a large door protected by guardians, such as lions, gods, griffins, hands of Fatima, virgins or Christ’s.

The door of the rites of the Masons is very low so that the layman has to stoop to be able to enter the interior of the temple. It is not an act of humility, but denotes the difficulty between the profane plane and the initiatory plane.

It is the famous “Puerta de Occidente”, the direction by which the sun goes out, the light disappears and everything is in darkness. It is a secret world and unknown to the rest of the mortals.

Also in Cambodia, the four gates of Angkor represent the access to the four directions of that eastern axis mundi.

In the dual world where we live a three-dimensional experience, the doors and windows we build are usually rectangular.

Therefore, our “material doors” are friends with the square and 90 degree angles. Most likely in most “spiritual doors” the opposite occurs and, instead of being rectangular, all doors and windows are round and compass friendly.

The door is shown to us as a place of access to a higher reality. But this access step always has both directions, so that another of the well-known expressions can also be performed in the opposite direction:

In the Bible we are constantly told of “the gates of heaven” that God opens to manifest himself and to dispense his favors on men.

But it also reminds us that not all doors are happy, rather the opposite, as is the case at the doors of death and the doors of hell. In any case, the Bible makes it very clear to us that all the keys to all doors, good or bad, have the same owner.

The seven liberal arts are also called “The 7 doors” through which the artist accesses enlightenment and wisdom.

All the gardens and orchards of medieval alchemy had a single access door that was closed, so that knowledge did not spread to everyone.

Very few were those who had in their possession the access code with which to open the door of these special closed gardens.

The importance of the door in Jewish and Christian traditions is immense since it gives access to revelation, and on it the harmonies of the Universe are reflected.

In all temples, the main door is one of the most important elements, and one of its greatest representations is found in the main portico of all Christian churches and cathedrals.

Doors of the Old Testament and of the Apocalypse, such as the Christ in majesty and the final judgment, welcome the pilgrim and the faithful who know one of the maxims: “Christus ianua vera”, Christ is the true door.

For this reason it is not surprising to see the figure of the glorious Christ represented in the porticoes of the cathedrals.

In the Christian tradition the man best “related” to the doors is Saint Peter and his famous keys. In our previous article dedicated to the symbol of the key, we already showed you that one of the most emblematic elements of the Vatican are the doors and keys. One of the rituals that the Pope performs in the Holy See consists of opening certain doors that are usually always closed.

The Latin god that is most related to the doors is, without a doubt, the god Janus who is the one who keeps the keys to the two solstice doors:

The passage from earth to heaven is carried out through the door of the sun that symbolizes the exit of the cosmos, far beyond the limitations of the individual human condition. It is the place where the axis of the world passes that gives access to the kingdom of heaven.

The gates open the entrance to all other realms that are not of this world. Be they heavenly kingdoms, be they infernal kingdoms, be they the kingdoms of the deceased, we always find in all of them the same form of access: a door.

Many compare the 7 main chakras of the human body with 7 doors that each of us have and that we must know how to open and close. They spend their entire lives looking for these doors and learning how each of them opens and closes. It is “curious” to note that in these matters, the number seven always appears to us.

Another number that some self-proclaimed “advanced conspiranoists” associate with doors is the number four.

This current affirms that all the altars of ancestral rituals and sacrifices had four doors at their bases through which the rays of the Sun entered and made their own.

Depending on the time of year in which the rituals were performed, the rays entered through one or another door, as long as the clouds did not disturb the show.

Number four is not the first time that this blog is related to man’s communication with the gods of the cosmos.

But not everyone has these clear concepts and unfortunately with the door they make “the dick a mess”, while they claim to be kings of the conspiracy.

A closed door usually represents a hidden secret, a forbidden path. On the contrary, an open door is a direct call to go through it in order for the secrets to be revealed to you.

The open door not only indicates a passage, but it also becomes an invitation to cross it and go to the afterlife.

In Masonry, the door is located between the two columns and below the triangular pediment that has any loggia that boasts. The door of the rites of the Masons is very low so that the layman has to stoop to be able to enter the interior of the temple.

It is not an act of humility, but denotes the difficulty between the profane plane and the initiatory plane.

It is the famous “Puerta de Occidente”, the direction by which the Sun goes out, the light disappears and everything is in darkness. It is a world unknown to the rest of the mortals.

The door is one of the unnatural elements that has lived with humans for the longest time.

In many parts of the world, before crossing a door, you have to take off your shoes and leave your shoes on. In other places the groom walks through the door holding his wife in his arms.

For many it is essential to cross the door with the right foot, for others the most important thing when crossing is not to sneeze.