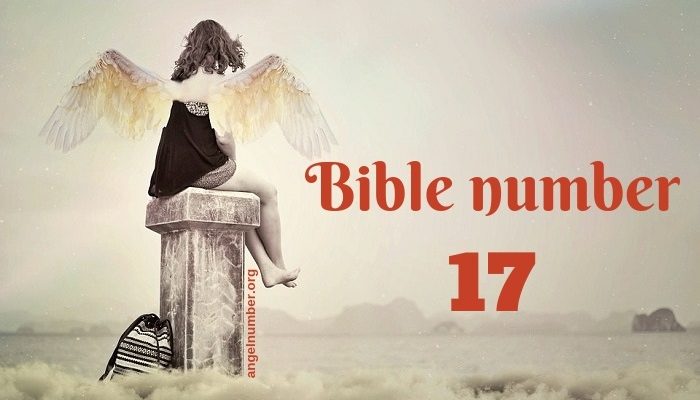 Angel numbers are coming to us every day, so it is not uncommon if you notice that the same number is appearing very often in front of you. If this number is number 17, then you are a lucky person.

There are so many interesting things about this number that we will tell you in this article.

Most important of all is that we will tell you what this number can mean in the Bible and prophetically. It will certainly help you understand the symbolism of this number since ancient times until now.

What Does Number 17 Mean?

The first thing you should know when number 17 comes into your life is that this number is actually the combination of numbers 1 and 7. Because of that you should try to discover the meanings of these numbers as well.

Number 1 is usually used as a symbol of optimistic thoughts and self-confidence. This number is a sign that new beginnings are in front of you, so you should have motivation and think positively.

There will be many new opportunities in your life, so you shoud take advantage of them. When it comes to number 7, we can say that it is a highly spiritual number that is related to your inner-wisdom, mysticism and intuition.

Angel number 17 is a symbol of self-discipline and responsibility. If this number enters your life, it means that you are able to take your life in your own hands. It is time to be independent and to take responsibility over your life.

Number 17 is also a symbol of wisdom, but sometimes it can symbolize your financial situation as well.

However, most important is to find out what number 17 means in the biblical and prophetic sense, so you should keep reading the following chapter.

The Biblical and The Prophetic Meaning of Number 17

All people who are studying the Bible should know that very often God is represented with numbers. There are many different meanings that number 17 can have in the Bible and Prophetically. 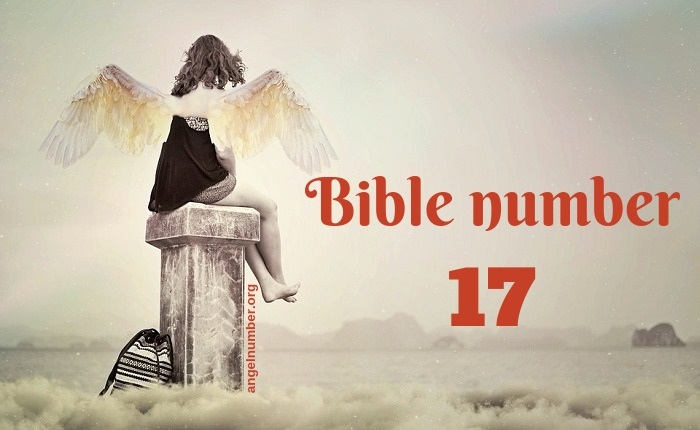 First of all we have to say that this number is usually used as a symbol of victory and it means that God managed to overcome his enemies. Actually, it is known that God was able to overcome the sins of humans when he decided to destroy the earth by flooding it. It was known as the Great Flood that started on the 17th of the 2nd month in the Hebrew calendar that was used in that time. It is also known that the ark of Noah and 8 passengers who were with him made a rest on the Ararat mountains exactly on the 17th of the 7th month.

Actually, on the 17th of Nisan, he rose from his grave and it was a big day of his resurrection. Before that Jesus was in the grave for 3 days and nights. As you can see, number 17 is present everywhere, which means that God chose this date for his resurrection and also for many other things. It could be a reminder for you that nothing happens by chance, but there is a good reason and purpose for everything.

Knowing all that, we can also say that number 17 is a number of restoration in the biblical sense. Actually, on the 17th God restored the earth and returned it to be perfect.

In the Revelation it was said that humans will be under the rule of the beast or devil and they will fight against those people who still believe in God. However, it is believed that the true Christians will gain a victory over all those who are against God.

There are also many other biblical facts related to number 17. We have to mention that Rehoboam, who was the first Judah’s king and the Solomon’s son, was on the throne for 17 years. The Book of James contains material from 17 books of the Old Testament. In the Book of Psalms 17 enemies of Israel were mentioned.

We have also to mention that Joseph was taken from his father Jacob, but they were reunited after 17 years. This brought peace and joy to Jacob and all the sadness was replaced by happiness. Another interesting fact is that Joseph’s brothers actually sold him as a slave when he was only 17 years old.

Now when you have seen the most of the places in which number 17 appears in the Bible, it is not hard to realize what this number can mean prophetically.

According to the Bible, number 17 is a symbol of victory and perfection. It refers to the spiritual perfection in the first place.

We should have in mind that 17 is actually the combination of numbers 10 and 7. Number 10 is a symbol of a perfect order, while number 7 is usually used a symbol of perfection.

It is also written in the Bible that the next prophet who will come to the Earth will be Elijah and he will be actually the representation of Jesus. He will restore all the things on the planet and he will make a victory.

It is very important that the number that will follow this prophet in all his victories will be number 17. Elijah is usually considered to be the end time prophet.

You have seen that there are a lot of facts about number 17 in the  Bible, so it is clear that this number is very important in a biblical sense.

Why Are You Seeing Number 17?

The question that you will ask yourself at the end of this article may be what to do if you start seeing number 17 very often. This number could be an important sign that God is sending to you right from the universe.

If you see number 17 very often, it means that your angels are trying to tell you that you have chosen the right path in your life and you should just keep going on.

Seeing this number frequently in your life means that you will keep balance between your physical and spiritual world.

You should have in mind that this number will not be sent to anyone, but only to the special ones. Because of that you should show your gratitude to your angels because they have sent you this number.

Number 17 will attract positive vibrations in your life and your connection with the Ascended Masters will be very strong.

Now when you know the meaning of number 17, both spiritual and biblical, we hope that you can understand a deeper message that might be hidden behind this number.