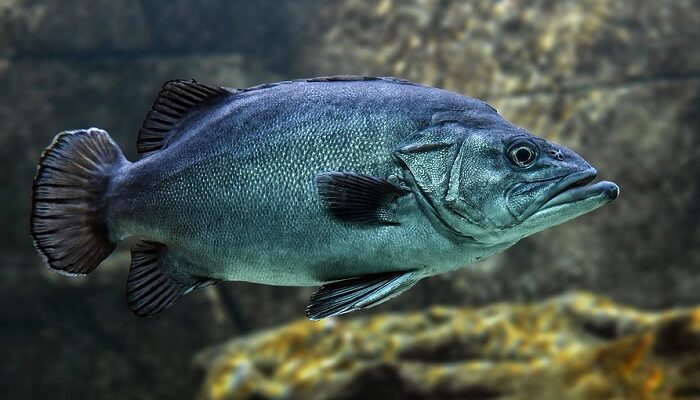 The fish symbol is one of the oldest and most remembered Christian icons of Christianity, perhaps, only behind the cross.

Perhaps you’ve seen the fish symbol on cars, book covers, and in many other places as an allusion to Christianity.

Do you know the origin of this symbol and how it became an icon of early Christianity and Christianity in our day?

It is worth clarifying that the ancient Greeks, Romans and other pagan peoples used fish symbols long before the Christians.

But the fish quickly became associated with Christianity, especially as a secret symbol that did a near perfect job among persecuted Christians.

Although first and second century Christians used many symbols, the fish is possibly the most important.

The fish, which fill the sea (in the biblical environment those of the river are less known; cf. as an exception Is 50,2 and Ex 7,18.21; Ez 29,4-5, which refers to those of the Nile), have been created on the fifth day, like the birds of the air, with whom they are linked.

They are under the control of man, just like the other animals. Some, those with fins and scales, can be eaten, both sea and river ones.

Others, who walk in the water instead of swimming (of the shellfish type), are impure.

The Israelites of the desert missed the fish of Egypt (Nm 11, 5). The Phoenicians and inhabitants of the Mediterranean coast, in the hands of pagans, sold fish in Jerusalem, so that one of the city gates was called the “fish gate”.

Among the symbolic fish of the Old Testament, we must remember the great cetacean of Jonah * and the good fish of Tobias *, which serves to expel possessive demons, such as Asmodeus, and cure diseases. The Bible has forbidden the worship of fish. 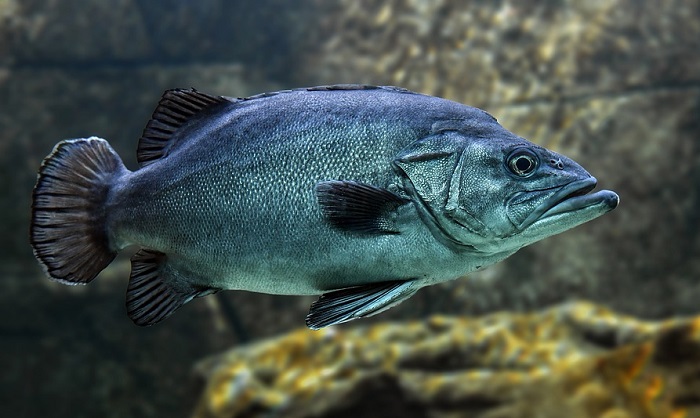 Linked in some way to the fish are the great sea monsters, against whom Yahweh has fought to subdue them. In the New Testament there are abundant references to fish and fishing, always in the Lake of Galilee.

This process has culminated in the later Church, which has tended to forget the importance and meaning of fish, not only in the Eucharist, but in the same tradition of shared meals *.

In this context it should be remembered that the bread and wine of the Supper loses its meaning if it is separated from the specific loaves and fishes of the Church’s food.

It is significant that we speak of loaves and fishes, not loaves and meat, which is due to the type of diet on the shore of Lake Galilee and perhaps also to the fact that land animals (lambs, bulls) they are linked to the temple sacrifices and constitute a more expensive diet.

Before being shepherds *, Jesus has made his disciples “fishers” of men, understood therefore as fish, from the context of his previous work on the Lake of Galilee (cf. Mk 1,16-18 par) .

In the same context, we speak of a “miraculous fishing”, in which the missionary task of the later Church comes to be symbolized (cf. Lk 5, 1-11). The Gospel of John has expanded that scene.

The seven * paschal disciples have spent the night without achieving anything, but a stranger told them to throw the net on the other side and they get a big raid, thus discovering that the stranger is Jesus and that he is waiting for them on the shore: “When they arrived ashore they saw that a coal had been placed and on it a Fish and a Bread. Jesus said to them: Bring some of the fish that you have caught now!

Pedro went up and dragged the net full of one hundred and fifty-three large fish to the shore; and being so many the network was not broken. Jesus, his own life (a loaf and a roasted fish). The number of fish has given rise to various interpretations and evocations.

Saint Jerome, in his commentary on Ez 47,6-12, interpreted it in a zoological way: the wise men of his time knew one hundred and fifty-three kinds of fish; with them the Gospel would indicate the totality or universality of the Christian mission, addressed to all peoples (PL 25,474C), as the trailing net of Mt 13,47 seems to evoke.

But most think that this number refers more directly to all the peoples of the earth, which at that time were thought to be one hundred and fifty-three.

(3) Jesus fish. The disciples bring to Jesus the one hundred and fifty-three fish from the whole of humanity; Jesus offers his grilled Bread and Fish, that is, his own Paschal life. Both the bread and the fish thus receive a Eucharistic character, they are a sign of Christ.

Along these lines, within the Christian tradition the fish has become a sign of Jesus because of its connection with water and with the new birth and not only because of its character as food (like bread).

Thus it is said that Christians n Acen of baptismal water, like fish: “We, little fish like our Fish Jesus Christ, are born in the water and we are saved by remaining in the water”. Also Clement of Alexandria cites the fish as a Christian symbol: the newly baptized are fish that have been taken out of the water.

Thus says Saint Augustine that “the roasted Fish is Christ sacrificed”. In Joh 123, 2, commenting on Jn 21, 8-13). On the other hand, since the 4th century, the Greek name Icthys, fish, has been understood as an acrostic of the formula of faith.

From that perspective, what the Church offers to (shares with) the hungry ends up being the sacred fish of faith in Christ, sometimes separated from the concrete loaves and fish of multiplication, which are at the root of the Gospel.

The richness of the fish’s symbolism is unparalleled throughout the history of meanings and emblems; Above all, it reaches a great impact on Christian imagery, since it is considered as having the spiritual strength of the Savior.

The word »fish« in Greek Ichthys is an ideogram based on the initial letters of the Greek phrase Iesous Christos, Theo Yios Soter which means “Jesus Christ, Son of God, Savior”, so the first Christians used it as a secret sign to protect them persecution, as they secretly met in the catacombs marked with that sign.

The fish is mentioned several times in the Gospels and stands out in the miraculous episode of the multiplication of the five loaves and the two fish that have been able to feed a multitude of five thousand people.

Furthermore, several of the 12 apostles, whom Jesus used to call “fishers of men,” had fishing as their trade. Its most common representation is the superposition of two arches (or two crescent moons) that resemble its profile.

Before being used in Christianity, the fish was used as a fertility charm and is still used today in North America as a protection charm. As we have already said, his figure appears frequently in monuments and catacombs; those who underwent the rite of baptism were seen as fish reborn from purified waters.

Furthermore, the Old Testament tells the story of Tobias and Sarah; how he, while camped on the banks of the Tigris River, saw a great fish jump, which “wanted to devour the boy’s foot” and which he used to cure his own father of blindness and Sarra, his future wife, from curse that weighed on her, due to which seven husbands had already died, because, as it is written in the Bible:

«If the heart or liver of the fish is burned before a man or a woman tormented by a demon or an evil spirit, the smoke drives away all evil and makes it disappear forever. As for the gall, smearing with it the eyes of a man attacked by white spots, and blowing on the spots, he is cured. ”

For the symbolists, the fish is associated with one of the essential elements, specifically water, which, in turn, constitutes its vital principle.

For astrologers, the symbolism of the fish is related to the twelfth and last sign of the zodiac, that is, with Pisces, which is a variable sign, of an imaginative and emotional nature that has water as its element.

In the horoscope, people born between February 20 and March 20 belong to the twelfth sign of the zodiac, the sign of the fish, which is ruled by the planet Neptune.

Among the Indians of Peru it is very common to worship the fish that are most abundant in their nets and, at the same time, maintain the belief that the first fish was created in space and that all other fish of its species were born from it and , also, all his young to, thus, procure food for his people.

Some natives of the British Isles held fish in high esteem and treated the different species with anthropomorphic benevolence, that is, they attributed human qualities, and since they thought that in this way the other fish would be easily caught.

Also, and as Frazer explains in his valuable work “The Golden Branch”: “There is a favorite fish of the ainos, which appears in their rivers around May or June. They prepare for fishing by observing rules of ceremonial purity and, when they go fishing, the Women keep absolute silence at home, because if they hear them, the fish will disappear.

His choice responds to the oriental symbology that sublimates the fact that the carp is a resistant fish – that swims against the current – as strong people face the obstacles of life.

There are a number of possible interpretations for dreams about fish. Since its symbolism is very positive, dreaming of many fish can indicate luck and success.

On the other hand, dead or escaping fish can be indicators of failure and untapped opportunities. The carp, for example, is a symbol of endurance, courage and perseverance.

In Chinese art and literature, the jump of a tent represents a social ascent.

Perch, in turn, is considered by the Chinese as a food that has the purpose of increasing desire, that is, an aphrodisiac.

Do you have any questions about the meaning and symbolism of the fish? Get in touch with us through the comment box.

The first to speak of the symbol was Clement of Alexandria, around AD 150, who makes a curious suggestion: he recommends to the readers of one of his letters that they have stamps engraved with the fish or the dove.

Clemente does not clarify the reason why he makes this recommendation, which leads us to think that the believers were very clear about the meaning of these symbols; the explanation was unnecessary.